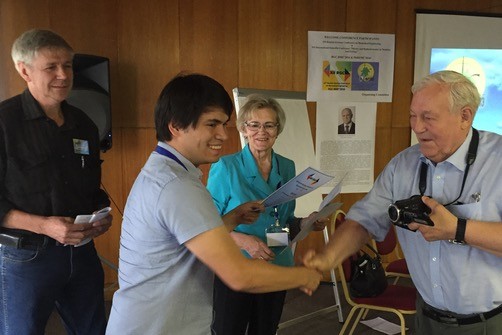 Daniel Scherz received the Best Paper Award at the 12th Russian-German Conference on Biomedical Engineering. Daniel has been awarded for his outstanding work on heart rate analysis for detecting differences between mental and physical stress. While physical activities are considered to support healthy life, long-term stress leads to diseases. Daniel concluded, ‘Currently, it is difficult to differentiate easily and clearly between these two aspects. I have been confronted with this fact, while developing a mobile system for the detection and analysis of stress.’. His model proposes different stages to be considered and measured. He validated the applicability of his hypothesis with the help of an self-designed wearable ECG. For his further research, it is important to distinguish in detail different states while bio vital parameter tracing is restricted to very few input variables like only one simplified ECG signal.

Congratulation from the UC-Lab Team!