Intelligent generation of navigation routes based on individual stress level

Ancona, 30 October 2014. The impact of stress of every human being has become a serious problem. Reported impacts on persons are a higher rate or health disorders like heart problems, obesity, asthma, diabetes, depressions and many others. An individual in a stressful situation has to deal with altered cognition as well as an affected decision making skill and problem solving. This could lead to a higher risk for accidents in dynamic environments such as automotive. Different papers faced the estimation as well as prediction of drivers’ stress level during driving. Another important question is not only the stress level of the driver himself, but also the influence on and of a group of other drivers in the near area. 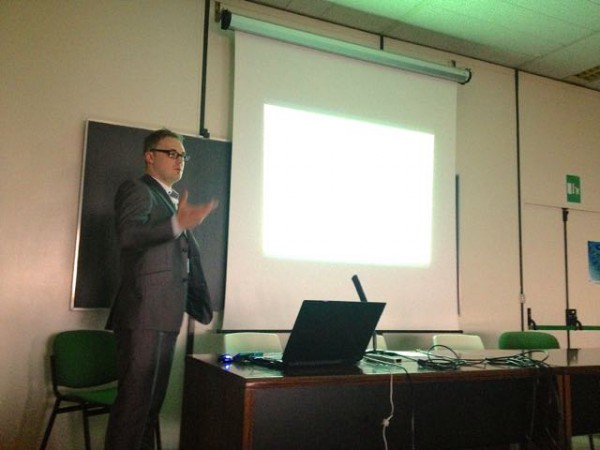 Patrick Datko proposes a system, which determines a group of drivers in a near area as clusters and it derives or computes the individual stress level. This information will be analyzed to generate a stress map, which represents a graphical view about road section with a higher stress influence. Aggregated data can be used to generate navigation routes with a lower stress influence as well as recommend driving behavior to decrease stress influenced driving as well as improve road safety.